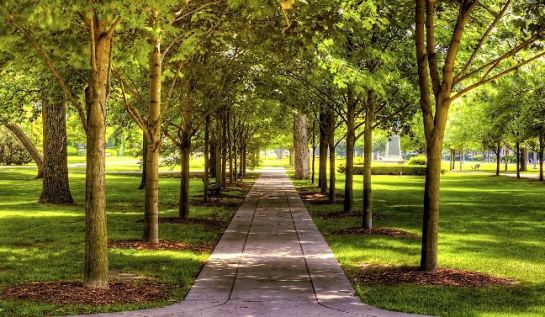 My memory bank is overflowing with happy childhood recollections during the summer season.  Steeped in rich tradition, picnics were celebrated with enthusiasm, good food, and lots of family. There was a peacefulness that surrounded each gathering, a contentment that made you feel good to be a part of a family that had such a great love and respect for each other.

Picnics were a constant, sometimes nothing more than putting a little of this and a little of that together and then making a run to a favorite park.  Of course, there were those special culinary creations that only certain family members could make; these were not to be messed with, and by no means replicated by someone else. All but sacred, they were; Aunt Maggie’s Banana Pudding and Strawberry Shortcake, Aunt Betty’s Potato Salad, Mom’s Baked Beans and Chocolate Mayonnaise Cake, Aunt Johanne’s Macaroni Salad.  Uncle Floyd was the trusted grill master and insured that even a hotdog was cooked to perfection. Dad was the king of homemade ice cream.  Grandpa Gunderson didn’t let too much time go by before he threw out a challenge to a game of horseshoes. When it got dark, there were fireflies begging to be caught in a jar, and game after game of hide n’ seek played until we dropped with exhaustion.  But even then a glass of sweet tea or red Kool-Aid was the fuel needed to start again. Grown-up conversation was rich and could often be heard long into the evening.  And always, there was the sound of laughter.